Head and Part of a Satyr at The Metropolitan Museum of Art, New York

3D
Scan The World
2,690 views 175 downloads
Community Prints Add your picture
Be the first to share a picture of this printed object
0 comments

Head and Part of a Satyr at The Metropolitan Museum of Art, New York

This head and part of the back of a marble statue of a satyr created in Roman, originating from the Imperial period, the 1st or 2nd century A.D. It was a copy of a Greek statue of the 4th Century B.C. The young satyr, identifiable by his pointed animal ears, was shown pouring wine. Many Roman copies of this appealing work are known today. 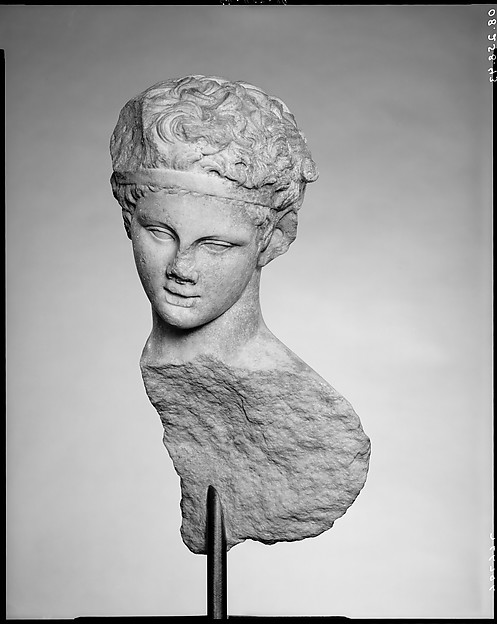