Head of a Bodhisattva Maitreya at The Guimet Museum, Paris

3D
Scan The World
2,610 views 129 downloads
Community Prints Add your picture
Be the first to share a picture of this printed object
0 comments

Head of a Bodhisattva Maitreya at The Guimet Museum, Paris

Maitreya (Sanskrit), Metteyya (Pali), Maitri (Sinhalese), Jampa (Wylie:byams pa) or Di-Lặc (Vietnamese), is regarded as a future Buddha of this world in Buddhist eschatology. In some Buddhist literature, such as the Amitabha Sutra and the Lotus Sutra, he is referred to as Ajita.

According to Buddhist tradition, Maitreya is a bodhisattva who will appear on Earth in the future, achieve complete enlightenment, and teach the pure dharma. According to scriptures, Maitreya will be a successor to the present Buddha, Gautama Buddha (also known as Śākyamuni Buddha).[1][2] The prophecy of the arrival of Maitreya refers to a time in the future when the dharma will have been forgotten by most on the terrestrial world. This prophecy is found in the canonical literature of all major schools of Buddhism, including the Theravāda, theMahāyāna, and the Vajrayāna. 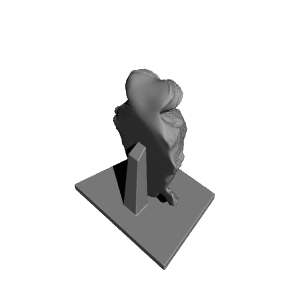 ×
0 collections where you can find Head of a Bodhisattva Maitreya at The Guimet Museum, Paris by Scan The World