Head of a Buddha at the Metropolitan Museum of Art, New York

3D
Scan The World
7,761 views 1,049 downloads
3 collections
Community Prints Add your picture
Be the first to share a picture of this printed object
0 comments

Head of a Buddha at the Metropolitan Museum of Art, New York

The fifth and fourth centuries B.C. were a time of worldwide intellectual ferment. It was an age of great thinkers, such as Socrates and Plato, Confucius and Laozi. In India, it was the age of the Buddha, after whose death a religion developed that eventually spread far beyond its homeland.

Siddhartha, the prince who was to become the Buddha, was born into the royal family of Kapilavastu, a small kingdom in the Himalayan foothills. His was a divine conception and miraculous birth, at which sages predicted that he would become a universal conqueror, either of the physical world or of men's minds. It was the latter conquest that came to pass. Giving up the pleasures of the palace to seek the true purpose of life, Siddhartha first tried the path of severe asceticism, only to abandon it after six years as a futile exercise. He then sat down in yogic meditation beneath a banyan tree until he achieved enlightenment. He was known henceforth as the Buddha, or "Enlightened One."

His is the Middle Path, rejecting both luxury and asceticism. Buddhism proposes a life of good thoughts, good intentions, and straight living, all with the ultimate aim of achieving nirvana, release from earthly existence. For most beings, nirvana lies in the distant future, because Buddhism, like other faiths of India, believes in a cycle of rebirth. Humans are born many times on earth, each time with the opportunity to perfect themselves further. And it is their own karma-the sum total of deeds, good and bad-that determines the circumstances of a future birth. The Buddha spent the remaining forty years of his life preaching his faith and making vast numbers of converts. When he died, his body was cremated, as was customary in India.

The cremated relics of the Buddha were divided into several portions and placed in relic caskets that were interred within large hemispherical mounds known as stupas. Such stupas constitute the central monument of Buddhist monastic complexes. They attract pilgrims from far and wide who come to experience the unseen presence of the Buddha. Stupas are enclosed by a railing that provides a path for ritual circumambulation. The sacred area is entered through gateways at the four cardinal points. 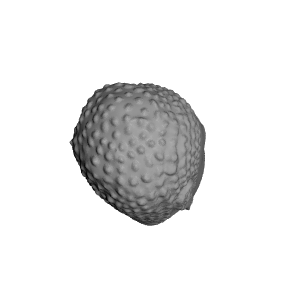