Head of a Priest

3D
Scan The World
1,082 views 40 downloads
Community Prints Add your picture
Be the first to share a picture of this printed object
0 comments

Head of a Priest

This man portrayed in this sculpture is bald, unusually for its time, and has a scar on the right side of his forehead. These signs point to him probably being a priest of the cult of Isis, an Egyptian goddess who was said to have greater magical power than all other gods. She presumably protected the kingdom from its enemies, governed the skies and the natural world, and had power over fate itself. Her cult was imported to Rome from Egypt. 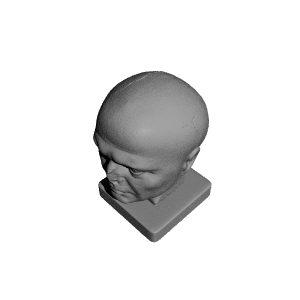