3D
Scan The World
1,876 views 86 downloads
Community Prints Add your picture
Be the first to share a picture of this printed object
0 comments

The eyeballs are rendered by an encrustation of agate and themselves drilled to receive iris and pupils of another material (metal? Glass paste? Other gemstone?). This process was commonly used in ancient times to give more life to the eye. The fearsome Bronze Venus, staged by Prosper Mérimée in his short novel entitled La Venus d'Ille (1837), has in this way "his silver-encrusted eyes", which increases his "expression of infernal irony".

Mérimée saw this head during his visit in 1834 to the Museum of Antiques in Toulouse. According to Alexander of Mege, who was then his curator, Merimee would have inspired, with other ancient models, to imagine the Venus of Ille.

The bust on which the head is mounted is plaster and was made in the nineteenth century. 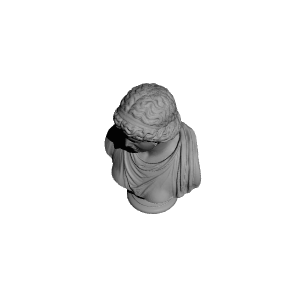 ×
0 collections where you can find Head of a woman Goddess (?) Venus (?) by Musée Saint-Raymond