3D
Scan The World
2,331 views 206 downloads
1 collection
Community Prints Add your picture
Be the first to share a picture of this printed object
0 comments

This is a marble head-portrait sculpture depicting Aphrodite, the Goddess of Love and Beauty, who according to Hesiod’s Theogony was born from the foam in the waters of Paphos, on the island of Cyprus. She supposedly arose from the foam when the Titan Cronus slew his father Uranus and threw his genitals into the sea.

However, according to Homer, in Iliad, Aphrodite may instead be the daughter of Zeus and Dione. As with so many Greek deities, there are many stories about the origins of the gods.

Many gods believed that her beauty was such that their rivalry over her would spark a war of the gods. Because of this, Zeus married Aphrodite to Hephaestus – he wasn’t seen as a threat because of his ugliness and deformity.

Despite this marriage to Hephaestus, Aphrodite had many lovers. Her lovers include both gods and men – including the god  Ares and the mortal Anchises. She also played a role in the story of Eros and Psyche in which admirers of Psyche neglected to worship Venus (Aphrodite) and instead worshipped her. For this, Aphrodite enlisted Eros (Cupid) to exact her revenge but the god of love instead falls in love with the girl. 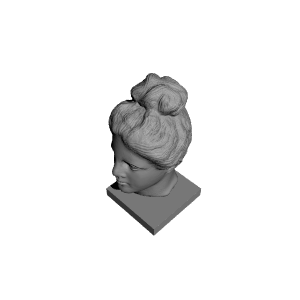