3D
Scan The World
1,348 views 36 downloads
Community Prints Add your picture
Be the first to share a picture of this printed object
0 comments

Copy after the bronze group representing the Tyrranicides cast by Kritios and Nesiotes in 475-465 BC to celebrate the liberation from the tiranny of the Pisistratids. Harmodius and Aristogeiton (both died 514 BC) were two men from ancient Athens. They became known as the Tyrannicides after they killed the Peisistratid tyrant Hipparchus, and were the preeminent symbol of democracy to ancient Athenians. 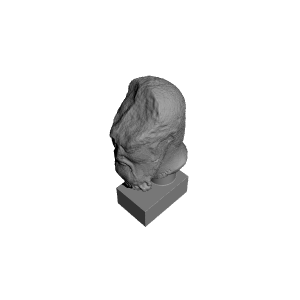