3D
Scan The World
1,694 views 61 downloads
1 collection
Community Prints Add your picture
Be the first to share a picture of this printed object
0 comments

This sculpture is a cast of Athena's head in the Western Pediment. Athena appears here in somewhat different form than in the East Pediment. As there, she is present to witness or oversee the battle. In the West Pediment, however, she stands quietly aloof and uninvolved, as if on a different plane. She makes no gesture toward the warriors and signals no individual support. Since she is present on another level, she does not divide the pediment as she does in the east. In fact, the designer has apparently treated the field of the West Pediment quite differently. The two forces appear not to belong principally to the right or left sides of the gable, but to be equally distributed throughout. The two additional warriors, for a total of twelve, make possible a traditional compositional scheme of paired opponents fighting one on one, hence three pairs on each side of Athena. The West Pediment is the earlier of the gables and clearly exhibits the older, more conservative format. The two pairs of warriors closest to Athena are likely to represent the victorious heroes of the battle. 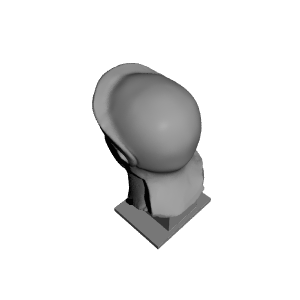