3D
Scan The World
1,205 views 51 downloads
1 collection
Community Prints Add your picture
Be the first to share a picture of this printed object
0 comments

This marble sculpture depicts Dionysus, who was the god of wine, of ritual madness, fertility, theatre and religious ecstasy in ancient Greek religion and myth. Wine played an important role in Greek culture, and the cult of Dionysus was the main religious focus for its unrestrained consumption. His worship became firmly established in the 7th century BC.

This head was found at Gymnasium of Salamis. 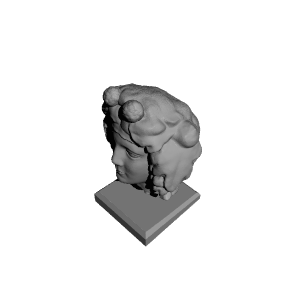