3D
Scan The World
2,015 views 35 downloads
2 collections
Community Prints Add your picture
Be the first to share a picture of this printed object
0 comments

This head of Ancient Greek origin was a part of a larger than life-size statue of Helios, the god of sun. He was known as a handsome titan, who drove the chariot of light across the sky and had the shining aureole on his head, the holes in the sculpture's hair show where the aureole was held.

The head got damaged in fire, as the collector's house in Berlin was destroyed. It was donated to the museum in 1944. 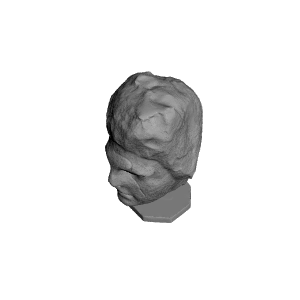