3D
Scan The World
3,937 views 337 downloads
2 collections
Community Prints Add your picture
Be the first to share a picture of this printed object
0 comments

This work, extensively restored in the 17th Century, is a representation of Hercules from the 1st century A.D. The head was inspired by the works of the Greek sculptor Lysippus, made in the mid-4th century B.C. and known to us from famous Roman copies, such as the Farnese Hercules and the Hercules Epitrapezios. The hair is held in place by a band, perforated with holes for the attachment of a metal crown. The bust is a 19th-Century addition. 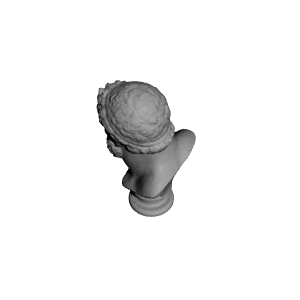