Head of Homeric Hero at The British Museum, London

3D
Scan The World
4,472 views 296 downloads
1 collection
Community Prints Add your picture
Be the first to share a picture of this printed object
0 comments

Head of Homeric Hero at The British Museum, London

This marble bust depicts the head of a Homeric hero, a version of a lost Hellenistic original. The other version of this head was found, together with the body, a Sperlonga, south of Rome. There it belonged to a figure, portraying a wineskin-carrier, in a group showing the blinding of Plyphemos by Odysseus and his men. The Sperlonga grouo, dating to the 1st century AD, is a copy of an earlier Hellenistic original of around 200 BC. It was found at Hadrian's Villa in Trivola and is part of the Townley Collection at The British Museum where it is on permanent display. 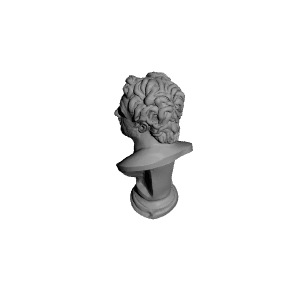 ×
1 collections where you can find Head of Homeric Hero at The British Museum, London by Scan The World