3D
Scan The World
1,583 views 83 downloads
Community Prints Add your picture
Be the first to share a picture of this printed object
0 comments

Juno is an ancient Roman goddess, the protector and special counselor of the state. A daughter of Saturn, she is the wife of Jupiter and the mother of Mars, Vulcan, Bellona and Juventas. She is the Roman equivalent of Hera, queen of the gods in Greek mythology; like Hera, her sacred animal was the peacock. Her Etruscan counterpart was Uni, and she was said to also watch over the women of Rome. As the patron goddess of Rome and the Roman Empire, Juno was called Regina ("Queen") and was a member of the Capitoline Triad (Juno Capitolina), centered on the Capitoline Hill in Rome; it consisted of her, Jupiter, and Minerva, goddess of wisdom.

Juno's own warlike aspect among the Romans is apparent in her attire. She is often shown armed and wearing a goatskin cloak. The traditional depiction of this warlike aspect was assimilated from the Greek goddess Athena, who bore a goatskin, or a goatskin shield, called the 'aegis'.

This portrait of the Roman goddess was diplayed at the Masterpiece London fair in 2017. You can get more information on this annual event here. 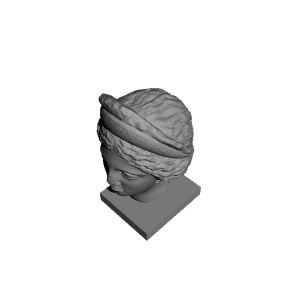