3D
Scan The World
1,269 views 44 downloads
Community Prints Add your picture
Be the first to share a picture of this printed object
0 comments

This is a marble head of the Greek God Silenus, dating to the Hellenistic era and found in the sanctuary of Echmoun in the southern Lebanese city of Sidon. The head was stolen during the Lebanese civil war but was later retrieved by the Lebanese Administration of Archaeological Antiquities.

In Greek Mythology, Silenus was a companion and tutor to the wine god Dionysus. In cases where the God is depicted as being considerably older he is known as Papposilenus. 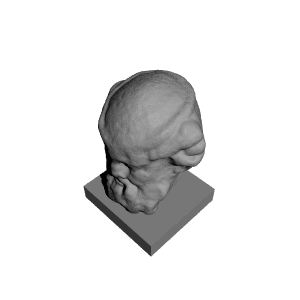