3D
Scan The World
3,283 views 196 downloads
Community Prints Add your picture
Be the first to share a picture of this printed object
0 comments

In Greek mythology Helen was the daughter of the god Jupiter and was famed for her great beauty. She was married to Menelaus the King of Sparta. Whilst her husband was away, Helen was abducted by the Trojan prince Paris, to whom she was later married. So began a long war between the Greeks and Trojans. A number of other versions of this head are known, one of which is in the Palazzo Albrizzi in Venice. It was seen by the poet Lord Byron in 1812, who wrote:

Printed at 50mm/s with white PLA at 195ºC, with supports, 10% infill and 3 perimeter shells. For a better look, ensure that the "seam" is located at the back so that it aligns the hair. 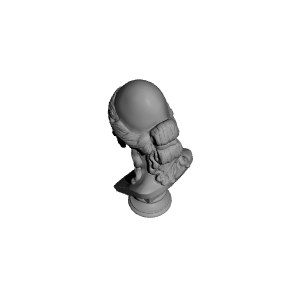 ×
0 collections where you can find Helen of Troy at The State Hermitage Museum, St Petersburg by Scan The World