Helios is the Greek god and personification of the Sun. He is often described as a handsome man wearing a shining aureole, who drove the sun chariot pulled by four horses across the sky. This marble head portrays the god without the aureole, but there are holes on the periphery of the cranium, which were used for inserting the metal rays of his crown. The characteristic likeness to portraits of Alexander the Great alludes to Lysippan models.

It is currently exhibited in the Archaeological Museum of Rhodes, as Helios is also the city's patron. 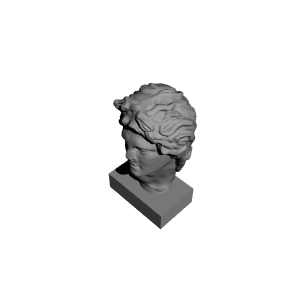