3D
Scan The World
2,669 views 119 downloads
Community Prints Add your picture
Be the first to share a picture of this printed object
0 comments

Herbert Chapman (19 January 1878 – 6 January 1934) was an English association football player and manager. Though he had an undistinguished playing career, he went on to become one of the most successful and influential managers in early 20th-century English football, before his sudden death in 1934. Football-historically he is most notable as creator of the WM-formation.

As a player, Chapman played for a variety of clubs, at League and non-League levels. His record was generally unremarkable as a player; he made fewer than 40 League appearances over the course of a decade and did not win any major honours. Instead, he found success as a manager, first at Northampton Town between 1908–12, whom he led to a Southern League title.

This attracted the attention of larger clubs and he moved to Leeds City, where he started to improve the team's fortunes before the First World War intervened. After the war ended, City were implicated in an illegal payments scandal and were eventually disbanded. Chapman was initially banned from football but successfully appealed, and then took over at Huddersfield Town, winning an FA Cup and two First Division titles in the space of four years.

In 1925, Arsenal successfully tempted Chapman to join them, and he brought the previously trophyless club an FA Cup and two First Division titles. He set them up to be the dominant team of the 1930s – they would eventually win five League titles that decade – but he did not live to see them do so, dying suddenly from pneumonia in 1934, at the age of 55.

Not only credited with turning round the fortunes of both Huddersfield Town and Arsenal, he is also regarded as one of the game's first modernisers. He introduced new tactics and training techniques into the English game, as well as championing innovations such as floodlighting, European club competitions and numbered shirts, and has received many posthumous honours in recognition. 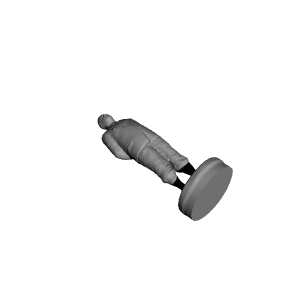 ×
0 collections where you can find Herbert Champman at The Emirates Stadium, London by Scan The World