Herm of a Man

3D
Scan The World
2,647 views 91 downloads
2 collections
Community Prints Add your picture
Be the first to share a picture of this printed object
0 comments

Herm of a Man

This portrait was originally thought to be that of the Greek philosopherand mathematician Thales (624-646 BC). Subsequently it was considered a portrait of Solon. More recent interpretations consider it the representation of an unknown dramatic poet, in lieu of the deep furrow in the hair which probably helf a band or victory crown dedicated to Dionysus after victory in a poetic competition.

A herm was a pilaster terminating with a portrait bust and was created in Classical Greece to represent the god Hermes. Roman 1st Century AD. copy from an original work of the mid 2nd century BC. 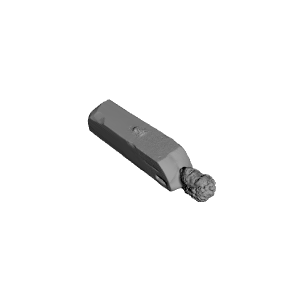