Homo Bulla I at The Saatchi Gallery, London

3D
Scan The World
3,536 views 112 downloads
Community Prints Add your picture
Be the first to share a picture of this printed object
0 comments

Homo Bulla I at The Saatchi Gallery, London

A Latin metaphorical expression homo bulla, man is a bubble, was coined by an ancient Roman writer Marcus Terentius Varro who in his “Rerum Rusticarum Libri Tres” compared human life to a thin iridescent soap bubble that shimmers with rainbow colors for only a brief moment of time and is quick to explode with the slightest puff of wind. By the 16 of Rotterdam further popularized homo bulla which has firmly entered an arsenal of vanitas – pictorial motives in still lifes and genre scenes allegorically alluding to the transience and futility of human existence. 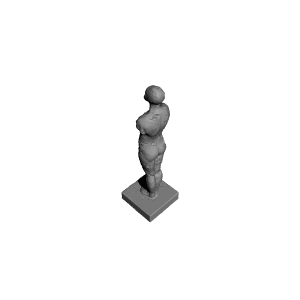 ×
0 collections where you can find Homo Bulla I at The Saatchi Gallery, London by Scan The World