3D
Support Free Scan The World
3,038 views 103 downloads
1 collection
Community Prints Add your picture
Be the first to share a picture of this printed object
0 comments

Grace stela with a representation of a hoplite in full armour. This gravestone may depict a member of the society of adult male soldiers who formed the social and political base of the city.

Hoplites were citizen-soldiers of Ancient Greek city-states who were primarily armed with spears and shields. Their main tactic was the phalanx formation. The hoplites were primarily free citizens—propertied farmers and artisans—who were able to afford the bronze armor suit and weapons (estimated at a third to a half of its able-bodied adult male population).Hoplites generally received basic military training.

In the 8th or 7th century BC Greek armies adopted a military innovation known as the phalanx formation. This tactic proved successful in defeating the Persians when employed by the Athenians at the Battle of Marathon in 490 BC during the First Greco-Persian War. The Persian archers and light troops who fought in the Battle of Marathon failed, in part, because their bows were too weak for their arrows to penetrate the Greek shields and armor, and their own armor and shields could not stand up to the longer spears and swords of the Greeks. The phalanx was also successfully employed by the Greeks at the Battle of Thermopylae in 480 BC and at the Battle of Plataea in 479 BC during the Second Greco-Persian War.

The word hoplite (Greek: ὁπλίτης hoplitēs; pl. ὁπλῖται hoplitai) derives from hoplon (ὅπλον, plural hopla ὅπλα), the type of shield used by the soldiers. There is however considerable debate about this as the shield was more commonly known as an aspis.

Although, as a word, hopla could also denote the soldiers' weapons or even their full armament. In the modern Hellenic Army, the word hoplite (Greek: oπλίτης) is used to refer to an infantryman. 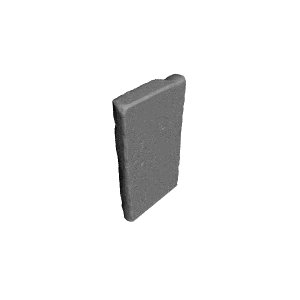 ×
1 collections where you can find Hoplite Gravestone at The Heraklion Archaeological Museum, Greece by Scan The World