3D
6,634 views 572 downloads
5 collections
Community Prints Add your picture
Be the first to share a picture of this printed object
0 comments

Here a nice coaster staright from Warcraft be on the Horde side of life ;)!

Warcraft is a franchise of video games, novels, and other media originally created by Blizzard Entertainment.The first three games in the Warcraft series, including their expansion packs, were all released on both the PC and Macintosh. All of these games were of the real-time strategy genre. Each game proceeded to carry on the storyline of the previous games, and each introduced new features and content to improve gameplay. 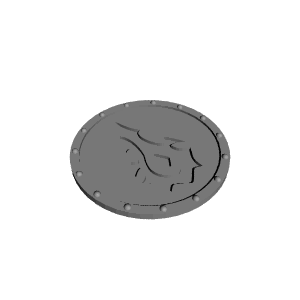 ×
5 collections where you can find Horde Coaster by misstwib