3D
Scan The World
1,953 views 60 downloads
Community Prints Add your picture
Be the first to share a picture of this printed object
0 comments

This is one of three components to a larger statuary group depicting Horia, Closca and Crisan and was constructed by Ion Vasiliu to commemorate the 1784-1785 revolt readers. The revolt was organized in opposition to the feudal constrains but the movement did not acheieve its initial goal. The revolut's conclusion was dramatic for the entire country and surrounding regions. The main demands were focused on the abolition of the feudal serfdom status of the Romanians and the achievement of political equality of the Romanian majority population of Transylvania with the privileged minority groups - Hungarians, Germans, and Szeklers. 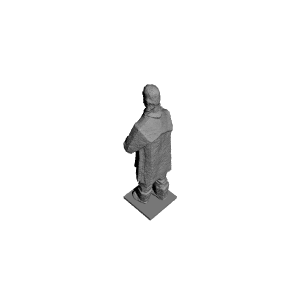 ×
0 collections where you can find Horia (Revolt statuary group) in Cluj, Romania by apllana