3D
Scan The World
2,847 views 91 downloads
Community Prints Add your picture
Be the first to share a picture of this printed object
0 comments

This tavu altar is shaped like a human with gracefully extended arms and at the same time it is decorated with abstract spiral motifs. The arms were carved separately and added. Very few examples still exist today and are displayed only in a handful of European museums. This domestic altar, which evoked the body of an ancestor, supported one roof beam of the house. The tavu is a domestic altar dedicated to ancestors. It was placed opposite the front door. The wealth and prestigious assets passed down through a family were also included on the tavu. Certain animals may recall the deeds of the dwelling's founders. On a shelf above the altar lay the skulls of venerated ancestors, their first two vertebrae, and often their effigies. The tavu was an integral part of the notion of lineage and sacred power. It was a clear link between past and present, endowed with special spiritual power, a heritage of the "masters of the house". It was here that prayers and sacrifices were offered to encourage fertility in the people and in the harvest; to ensure success in fishing or headhunting expeditions; and to uphold the union between ancestors and their descendants. 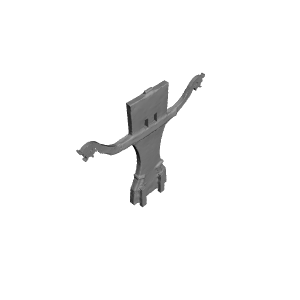 ×
0 collections where you can find House Altar at the Quai Branly, Paris by Quai Branly