3D
360°
Featured Scan The World
4,074 views 732 downloads
10 collections
Community Prints Add your picture
Be the first to share a picture of this printed object
0 comments

Hylas was a prince, the favourite of Hercules, who took part in the voyage of the Argonauts. One day when the ship Argo came to the shore in order to take fresh water aboard, the nymphs at the well were so fascinated with him that they dragged him down into the water to them. Hercules searched high and low for him, but finally had to give up. The voyage of the Argonauts was the dangerous mission led by Jason in order to capture the Golden Fleece. 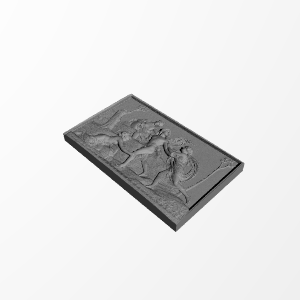