3D
5,388 views 205 downloads
1 collection
Community Prints Add your picture
Be the first to share a picture of this printed object
0 comments

The Indiana Pacers are a professional basketball team based in Indianapolis, Indiana. They are members of the Central Division in the Eastern Conference of the National Basketball Association (NBA). The Pacers were first established in 1967 as members of the American Basketball Association (ABA) and became members of the NBA in 1976 as a result of the ABA-NBA merger. They play their home games at Bankers Life Fieldhouse. The team is named after Indiana's history with harness racing pacers as well as the Indianapolis 500's pace cars. 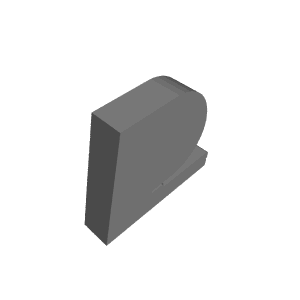 ×
1 collections where you can find Indiana Pacers Logo by Miqq