3D
2,330 views 104 downloads
Community Prints Add your picture
Be the first to share a picture of this printed object
0 comments

(B. December 20. 1808 in Brasov, died on   5 Febr. 1889) in Caransebeş.   Junior secondary education in Brasov, Sibiu and Cluj, the Theological University of Vienna (1832-1836), dean Brasov (1836-1837), an active participant in revolution 1848 (one of the 10 secretaries and member of the Romanian delegation sent to Vienna), one of the founders of Romanian gymnasium in Brasov (1850).   in the summer of 1865 chosen as the first bishop of Caransebes, where he served until his death. In this capacity, he took care of moving the station from Vrsac Romanian Seminary in Caransebeş (1865), with whom he Iuat being a section of pedagogy; They were established numerous elementary schools (people) in the diocese; 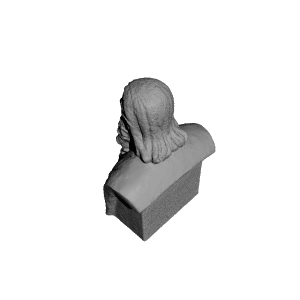 ×
0 collections where you can find Ioan Popasu in Caransebes, Romania by apllana