3D
Scan The World
2,302 views 59 downloads
Community Prints Add your picture
Be the first to share a picture of this printed object
0 comments

Ion I. C. Brătianu (Romanian pronunciation: [iˈon brətiˈanu], also known as Ionel Brătianu; August 20, 1864 – November 24, 1927) was a Romanian politician, leader of the National Liberal Party (PNL), Prime Minister of Romania for five terms, andForeign Minister on several occasions; he was the eldest son of statesman and PNL leader Ion Brătianu, the brother of Vintilă and Dinu Brătianu, and the father ofGheorghe I. Brătianu. Ion I. C. Brătianu's political activities after World War I, including part of his third and fourth term, saw the unification of the Old Romanian Kingdom with Transylvania, Bukovina and Bessarabia (see: Greater Romania). In 1923, he was elected an honorary member of the Romanian Academy. 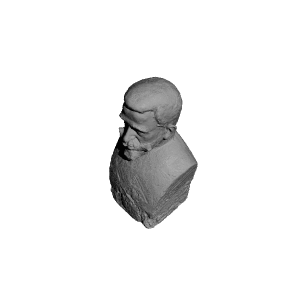 ×
0 collections where you can find Ion I. C. Brătianu bust in Alba Iulia, Roma by Scan The World