3D
5,566 views 170 downloads
1 collection
Community Prints Add your picture
Be the first to share a picture of this printed object
0 comments

The Iron Giant is a 1999 American animated science fiction film using both traditional animation and computer animation. The film is about a lonely boy named Hogarth Hughes raised by his mother (the widow of an Air Force pilot), who discovers an iron giant who fell from space. With the help of a beatnik artist named Dean McCoppin, they have to stop the U.S. military and a federal agent named Kent Mansley from finding and destroying the Giant. The Iron Giant takes place in October 1957 in the American state of Maine during the height of the Cold War. 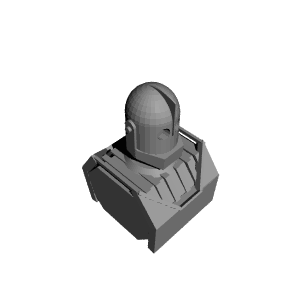 ×
1 collections where you can find Iron Robot 2 by shaunsheep