3D
Scan The World
1,499 views 75 downloads
Community Prints Add your picture
Be the first to share a picture of this printed object
0 comments

Despite his aristocratic birth, the Earl of Lauderdale became a fervent supporter of the French Revolution, following a visit to Paris in 1792. He became the leader of the opposition Whig party in Scotland, and was nicknamed 'Citizen Maitland'. He co-founded the Society of the Friends of the People in Scotland, a radical, reformist political group and wrote the highly influential 'Inquiry into the Nature and Origin of Public Wealth' (1804). He later abandoned his Whig convictions and became a Tory. In this bust, Lauderdale's fashionable 'Brutus' hairstyle references Roman and Greek sculpture, and was worn by men wanting to associate themselves with the ethos of democracy and reform. 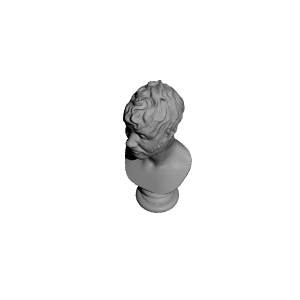 ×
0 collections where you can find James Maitland, 8th Earl of Lauderdale by Scan The World