In the Renaissance gardens were often associated with the earthly paradises of classical mythology. The story of Jason includes the sacred grove of the Golden Fleece and the Garden of the Hesperides, making him a suitable subject for a garden. This sculpture once stood in a portico in the garden of the Palazzo Stiozzi-Ridolfi in Florence.

Although one of the most famous of the Greek heroes, Jason is not widely represented in Renaissance art. The revival of interest in classical art and literature in Renaissance Italy should have made him a fitting subject, however he does not occur with the fequency of other greek heroes such as Hercules.

The story of Jason was first written in the 200s BC by the Alexandrian poet Apollonius of Rhodes. According to the Argonautica written by Apollonius, Jason led the Argonauts on their voyage to capture the Golden Fleece from Aeetes, King of Colchis on the Black Sea. The King's daughter Medea fell in love with Jason, and by her skill in magic helped him overcome various mortal dangers and win the fleece, which hung from the branch of a tree guarded by a dragon. Having won the fleece Jason and Medea fled from the wrath of Aeetes back to Greece. Jason later abandoned Medea and married a Greek woman causing Medea to seek revenge. 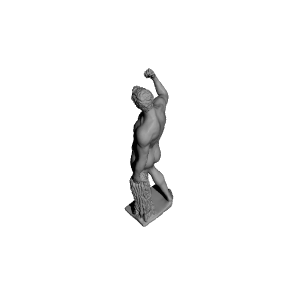