3D
Scan The World
1,251 views 66 downloads
Community Prints Add your picture
Be the first to share a picture of this printed object
0 comments

Rodin designed this figure as one of six colossal statues forming a monument to a group of fourteenth-century citizens of the northern French town of Calais. The six men had offered themselves as hostages to induce the English to lift a siege and spare their starving city. When modern Calais, about to tear down its medieval walls, decided to erect a monument reaffirming its ancient identity, Rodin pursued the commission eagerly and won it in 1884. 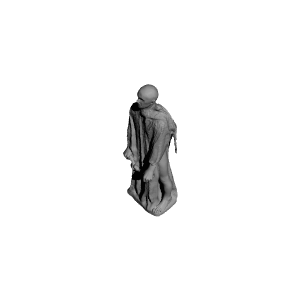