3D
Scan The World
3,123 views 103 downloads
Community Prints Add your picture
Be the first to share a picture of this printed object
0 comments

Jean-Baptiste le Rond d'Alembert (16 November 1717 – 29 October 1783) was a French mathematician, mechanician, physicist, philosopher, and music theorist. Until 1759 he was also co-editor with Denis Diderot of the Encyclopédie. D'Alembert's formula for obtaining solutions to the wave equation is named after him. The wave equation is sometimes referred to as d'Alembert's equation.

A very nice print that requires some supports. 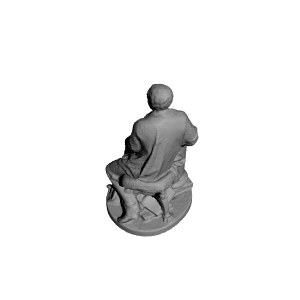 ×
0 collections where you can find Jean le Rond d'Alembert at The Louvre, Lens by Scan The World