3D
Scan The World
3,863 views 153 downloads
Community Prints Add your picture
Be the first to share a picture of this printed object
0 comments

Jean-Paul Marat (1743-1793) was a physician and political theorist who became a radical journalist during the French Revolution. He was a strong believer in basic human rights for the 'sans-culottes', the poorest members of French society.

He was murdered whilst in the bath by Charlotte Corday on the 13th July 1793. He is the subject of one of Jacques-Louis David's most acclaimed paintings 'The Death of Marat' which was made merely months after his murder. 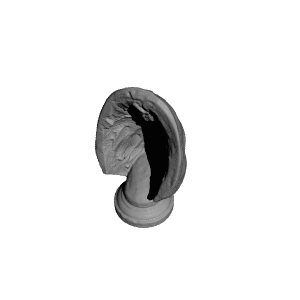 ×
0 collections where you can find Jean-Paul Marat by AnatomicalMuseum