3D
Scan The World
3,606 views 158 downloads
Community Prints Add your picture
Be the first to share a picture of this printed object
0 comments

John Hunyadi (c. 1406 – 11 August 1456) was a leading Hungarian military and political figure in Centraland Southeastern Europe during the 15th century. According to most contemporary sources, he was the son of a noble family of Romanian ancestry. He mastered his military skills on the southern borderlands of the Kingdom of Hungary that were exposed to Ottoman attacks. Appointed voivode of Transylvania and head of a number of southern counties, he assumed responsibility for the defense of the frontiers in 1441.

Hunyadi adopted the Hussite method of using wagons for military purposes. He employed professional soldiers, but also mobilized local peasantry against invaders. These innovations contributed to his earliest successes against the Ottoman troops who were plundering the southern marches in the early 1440s. Although defeated in the battle of Varna in 1444 and in the second battle of Kosovo in 1448, his successful "Long Campaign" across the Balkan Mountains in 1443–44 and defence of Belgrade/Nándorfehérvár in 1456, against troops led personally by the Sultanestablished his reputation as a great general. The bells of Catholic and older Protestant churches are daily rung at noon to commemorate the Belgrade victory, although the pope had ordered this in advance, a week before the siege, in order to encourage the soldiers fighting for Christendom.

John Hunyadi was also an eminent statesman. He actively took part in the civil war between the partisans of Wladislas I and the minor Ladislaus V, two claimants to the throne of Hungary in the early 1440s, on behalf on the former. Popular among the lesser nobility, the Diet of Hungary appointed him, in 1445, as one of the seven "Captains in Chief" responsible for the administration of state affairs until Ladislaus V (by that time unanimously accepted as king) came of age. The next Diet went even further, electing Hunyadi as sole regent with the title of governor. When he resigned from this office in 1452, the sovereign awarded him with the first hereditary title (perpetual count of Beszterce/Bistrița) in the Kingdom of Hungary. He had by this time become one of the wealthiest landowners in the kingdom, and preserved his influence in the Diet up until his death.

This Athleta Christi ("Christ's Champion"), as Pope Pius II referred to him, died some three weeks after his triumph at Nándorfehérvár/Belgrade, falling to an epidemic that had broken out in the crusader camp. However, his victories over the Turks prevented them from invading the Kingdom of Hungary for more than 60 years. His fame was a decisive factor in the election of his son, Matthias Corvinus, as king by the Diet of 1457. Hunyadi is still a popular historic figure among Hungarians, Romanians,Serbians, Bulgarians and other nations of the region, many of them even considering him as their own hero. 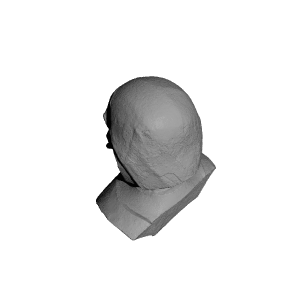 ×
0 collections where you can find John Hunyadi in Timisoara, Romania by apllana