3D
Scan The World
3,331 views 89 downloads
Community Prints Add your picture
Be the first to share a picture of this printed object
0 comments

Rennie, a farmer's younger son, was born at Phantassie, near East Linton, East Lothian, Scotland, and showed a taste for mechanics at a very early age, and was allowed to spend much time in the workshop of Andrew Meikle, millwright, the inventor of the threshing machine, who lived at Houston Mill on the Phantassie estate. After receiving a rudimentary education at the parish school of Prestonkirk Parish Church, he was sent to the burgh school at Dunbar, and in November 1780 he matriculated at the University of Edinburgh, where he remained until 1783. His older brother George remained to assist in the family agricultural business, achieving notability in this arena.

He seems to have employed his vacations in working as a millwright, and so to have established a business on his own account. At this early date the originality of his mind was exhibited by the introduction of cast iron pinions instead of wooden trundles. In 1784 he took a journey south for the purpose of enlarging his knowledge, visiting James Watt at Soho, Staffordshire. Watt offered him an engagement, which he accepted, and after a short stay at Soho he left for London in 1784 to take charge of the works at the Albion Flour Mills, Blackfriars, for which Boulton & Watt were building a steam-engine. The machinery was all designed by Rennie, a distinguishing feature being the use of iron instead of wood for the shafting and framing. About 1791 he started in business as a mechanical engineer on his own account in Holland Street, Blackfriars, whence he and his successors long conducted engineering operations of vast importance. (In the same year, the Albion Flour Mills were destroyed by arson).

In 1791, he moved to London and set up his own engineering business, having by then begun to expand into civil engineering, particularly the construction of canals. His early projects included the Lancaster Canal (started 1792), the Chelmer and Blackwater Navigation (1793), the Crinan Canal (1794-1801), Rudyard Lake (1797) and the Rochdale Canal, which passes through difficult country between Rochdale and Todmorden (1799). The Kennet and Avon Canal including the Dundas Aqueduct, Caen Hill Locks and Crofton Pumping Station occupied him between 1794 and 1810. In 1802 he revised the plans for the Royal Canal of Ireland from Dublin to the Shannon near Longford. For many years he was engaged in extensive drainage operations in the Lincolnshire and Norfolk fens (1802–1810), and in the improvement of the River Witham. The Eau Brink Cut, a new channel for the River Ouse, was completed just before his death.

The opening of the first Waterloo Bridge on 18 June 1817

Over the next few years Rennie also attained a deserved reputation as a builder of bridges, combining stone with new cast-iron techniques to create previously unheard-of low, wide, elliptical arches, at Leeds Bridge, and in London at Waterloo Bridge (1811–1817), with its nine equal arches and perfectly flat roadway (thought to be influenced by Thomas Harrison's design of Skerton Bridge over the River Lune in Lancaster). His later efforts in this line also show that he was a skilful architect, endowed with a keen sense of beauty of design. Waterloo Bridge was considered his masterpiece and was the most prestigious bridge project in England, described as 'perhaps the finest large masonry bridge ever built in this or any other country'. The Italian sculptor Canova called it ‘the noblest bridge in the world’ and said that ‘it is worth going to England solely to see Rennie’s bridge.’ London Bridge, built from his design by his sons, though not constructed until after his death, replaced the medieval bridge which was proving a serious impediment to the flow of the river and was eventually moved to Arizona. Southwark Bridge (1815–1819) was built as three cast-iron spans over the river. He also designed the Old Vauxhall Bridge.

Rennie was also responsible for designing and building docks at Hull, Liverpool, Greenock, London (London, East India and West India docks), and Leith and improving the harbours and dockyards at Chatham, Devonport, Portsmouth, Holyhead, Ramsgate and Sheerness. He devoted much time to the preparation of plans for a government dockyard at Northfleet, but they were not carried out. Rennie's last project was London Bridge, still under construction when he died in 1821 but completed by his son, also John Rennie. 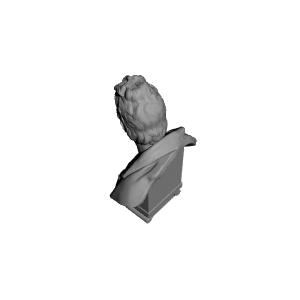