3D
Scan The World
3,053 views 185 downloads
3 collections
Community Prints Add your picture
Be the first to share a picture of this printed object
0 comments

Jules Destrée (Born in France 21 August 1863 – Brussels, 3 January 1936) was a Walloon lawyer, cultural critic and socialist politician. The trials subsequent to the strikes of 1886 determined his commitment within the Belgian Labour Party. He wrote a Letter to the King in 1912, which is seen as the founding declaration of the Walloon movement. He is famous for his quote "Il n'y a pas de Belges" (There are no Belgians), pointing to the lack of patriotic feelings in Flemings and Walloons, while pleading for some kind of federal state. 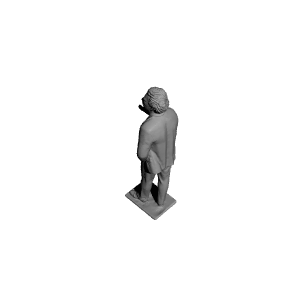