3D
Scan The World
5,879 views 327 downloads
Community Prints Add your picture
Be the first to share a picture of this printed object
0 comments

This bench sculpture by sculptor Wojchiech Gryniewicz depicts Julian Tuwim, a Polish poet who lived in Lodz, Poland. He was a major figure in Polish literature, admired also for his contribution to children's literature. The sculpture is lifesize and made out of bronze, and invites the public to sit beside him to admire the streets where he grew up and found most of his inspiration.

It was sculpted in the 20th Century, and scanned with 50 photographs by Kris. 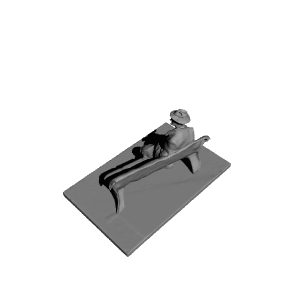 ×
0 collections where you can find Julian Tuwim in Lodz, Poland by Krzysztopor.