3D
Scan The World
2,975 views 125 downloads
1 collection
Community Prints Add your picture
Be the first to share a picture of this printed object
0 comments

Ganymede is shown in full body portrait with his left hand raised up almost at a 90 degree angle. He is depicted with an eagle behind him. This particular representation is symbolic. In Homer's Iliad Ganymede is described as the most beautiful of mortals, and is adbucted by Zeus (in the form of an eagle) to serve as a cup-bearer in Olympus (a representation of this can be found in Thorvaldsen's 'Ganymede and The Eagle'). This statuette depicts the scene where Zeus carries the youth to the heavens. 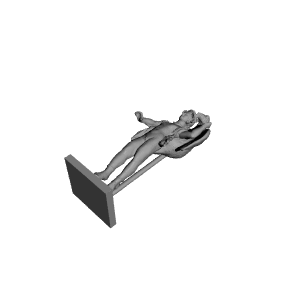 ×
1 collections where you can find Ganymede by Musée Saint-Raymond