3D
2,605 views 66 downloads
Community Prints Add your picture
Be the first to share a picture of this printed object
0 comments

It was a bumpy ride this afternoon as the Mac fell off due to some mesh issues (my fault!), and tbuser and atartanian split the universe in two. NoahHornberger and the King of all Cosmos chose tbuser's universe and now the ball has rolled up one of kitwallace's amazing polyhedral models, a Small Stellated Dodecahedron. Ouch!

Katamari Roll! - round 7 by mathgrrl is licensed under the Creative Commons - Attribution - Non-Commercial license. 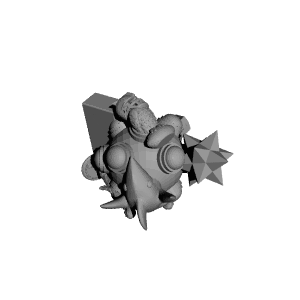 ×
0 collections where you can find Katamari Roll! - round 7 by mathgrrl