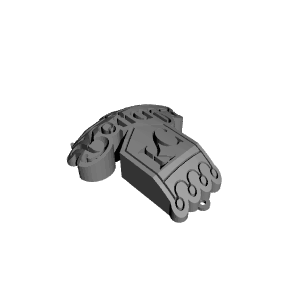 ×
0 collections where you can find KC Royals Logo by 3D-RO
×
Blake
@ShakeandB1ake
0
Printed on: Moai
Material: Resin
Posted at: 17th May 2022