3D
Scan The World
1,694 views 120 downloads
3 collections
Community Prints Add your picture
Be the first to share a picture of this printed object
0 comments

The younger, surviving son of James I and Anne of Denmark, Charles became heir to the throne on the death of his brother Henry in 1612. Charles inherited his father's belief in the 'Divine Right of Kings' and became the greatest of all British royal art patrons and collectors. His dismissal of Parliament and personal rule, however, along with his imposition of taxes and attempts to impose religious uniformity led eventually to civil war. He was defeated and tried on the charge that he 'traitorously and maliciously levied war against the present Parliament and the people therein represented', and he was executed outside the Banqueting House, Whitehall, on 30 January 1649. 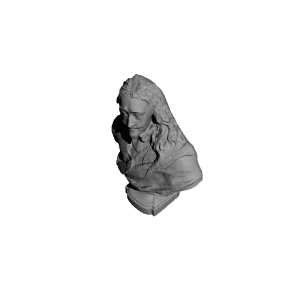