Manufactured by Doctor PopCorn, Kooky was designed to destroy rebellion vigilantes that were trespassing on MechMidland ground. While Kooky was the most effective Krustobo in its district, it later became defective when it fought with Bitey, and its circuitry got rewired to consider flawed ethics. Kooky has since joined Bitey and Squipsy in dismantling the tyrannical council of Quin-See. Kooky is the most versatile of the three(flight, rockets, lasers, and hooks), while also being highly imprecise (the antithesis of most robots). Dr. PopCorn isn't the most capable engineer; he's more of a chemistry guy anyway. 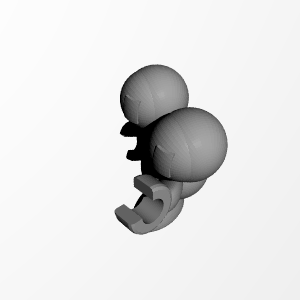