3D
Scan The World
1,650 views 48 downloads
Community Prints Add your picture
Be the first to share a picture of this printed object
0 comments

Kristijonas Donelaitis ( 1714 – 1780) was a Prussian Lithuanian Lutheran pastor and poet. He lived and worked in Lithuania Minor, a territory in the Kingdom of Prussia, that had a sizable minority of ethnic Lithuanians. He wrote the first classic Lithuanian language poem, The Seasons ( Metai), which became one of the principal works of Lithuanian poetry. The poem, a classic work of Lithuanian literature, depicts everyday life of Lithuanian peasants, their struggle with serfdorm, and the annual cycle of life. 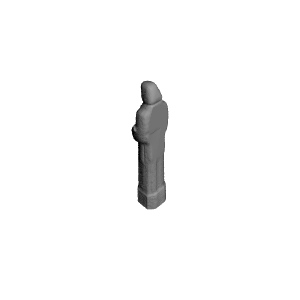