This relief of the Roman Charity represents Pero secretly breastfeeding her father, a prisoner sentenced to starve to death.

The story represented in this piece is recorded by a Roman historian named Valerius Maximus and was presented as a great act of pietas and Roman honour. This theme is a very popular one among Roman mythology and it has been represented by different artists in many forms: paintings, poems and sculptures. 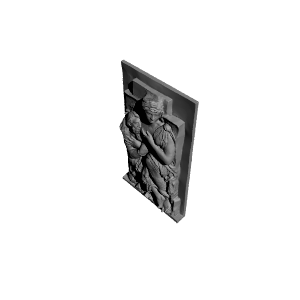