3D
Support Free Scan The World
3,324 views 175 downloads
Community Prints Add your picture
Be the first to share a picture of this printed object
0 comments

This work originated from a portrait of the gifted sculptress, Camille Claudel (1864-1943), Rodin's pupil and mistress. However, it was made some years after they had separated and her features were mixed with those of another sitter, Mariana Russell, at the various stages of evolution of the design of this work. A photograph of 1903 by Bulloz of 'Work in Progress: La France' shows this, the final version, originated from a cast of Claudel's face. In earlier versions, the head faced to its right (as in a version Rodin presented to Glasgow University when he was awarded an honorary degree in 1906), but it was later reversed. At various times it was re-used and re-titled including as 'St George' from at least 1904 (the title Rodin gave to the Glasgow version), 'Byzantine Princess' and 'Empress of the Late Roman Empire'. In 1912, the head, with the title of 'France' was unveiled as part of - and the country France's contribution to - a monument to Samuel Champlain in New York. This was its title when Rodin presented this head to the V&A in 1914. 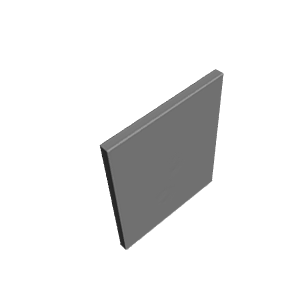 ×
0 collections where you can find La France by vam