3D
Scan The World
4,300 views 197 downloads
3 collections
Community Prints Add your picture
Be the first to share a picture of this printed object
0 comments

Unveiled in 2007 outisde of The National Theatre in Southbank, this bronze life-size sculpture depicts Laurence Olivier. Olivier was an English actor, director, and producer. Olivier is generally considered to have been one of the greatest actors of the 20th century. 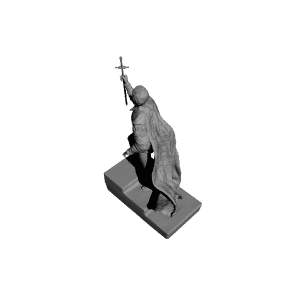 ×
3 collections where you can find Laurence Olivier at Southbank, London by Scan The World