Leone Marciano (Venetian Lion) with the coat of arms of the family Da Mosto.

Leone Marciano (Venetian Lion) with the coat of arms of the family Da Mosto.

This Venetian Lion is called Leone Marciano in Moleca with the coat of arms of the family Da Mosto.

Moleca in venetian dialect means crab: the wings of the lion type called moleca seem to opena like claws. It was the most popular iconography in the lagoon island, just because of the amphibious character of the lion so represented. It appears to emerge from waters and thus conveys a further ideological message, returning to the purity of Venice, born of the sea, free from the political interference of the nearby territorial powers. 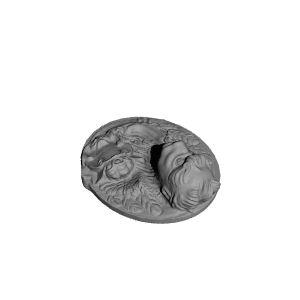