3D
Scan The World
1,747 views 53 downloads
Community Prints Add your picture
Be the first to share a picture of this printed object
0 comments

As Lebanon has such a rich history, its cultural heritage holds works spanning across various movements and styles. This throne is a prime example from the Hellenistic Period, as identified from the highly detailled spinxes which adorn either side of the seat.

This work originates from a site in Byblos, the largest city in the Mount Lebanon Governate of Lebanon. The area is believed to have been occupied first between 8800 and 7000 BC and according to fragments attributed to the semi-legendary pre-Homeric Phoenician priest Sanchuniathon, it was built by the god Cronus as the first city in Phoenicia. 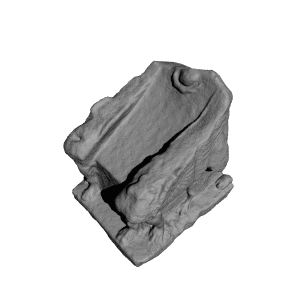