3D
Scan The World
1,221 views 56 downloads
Community Prints Add your picture
Be the first to share a picture of this printed object
0 comments

The lion, the heraldic animal of Miletus, can be frequently found among the votive offerings and tomb sculptures of the city. In their early renditions of lions, the Milesian sculptors were strongly influenced by Egyptian models. The excellently preserved Berlin lion and its counterpart guarded the tomb of a local noble family. 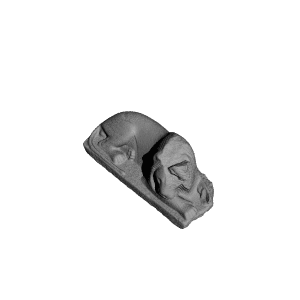