In a menacing pose with open jaws, this lioness may have been a protective element on a funerary monument similar to the one at Pozo Moro.

The Mausoleum of Pozo Moro is a Mausoleum of the Iberans from the end of the 6th Century BC, which was discovered in 1970 in excavations made in the Province of Albacete. 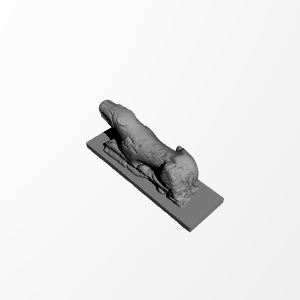